Several years ago I discovered my mother in law passed out across her bed.  The year was 1997 and she was in her early 80’s.  She’d had several strokes over the past 10 years brought on by high blood pressure.  Earlier in the day she had seemed agitated and ill tempered.  A fretful disposition would often precede an episode of elevated blood pressure.   Fearing she was working herself up to a crisis I’d kept a close eye on her throughout the morning.  After lunch her disposition had greatly improved leaving me free to get some work done.  Just before dinner I discovered her apparently unconscious, her lips and finger nails were blue tinged while her skin was all but white.

Moving quickly across the floor to her I grabbed the lobelia extract from the dresser and pressed a dropper full into her mouth.  Her shallow breathing was detectable as I exchanged the lobelia for the Cayenne extract setting close by.  The small amount of liquid lobelia had caused no problem as it was quickly absorbed into her mouth.  Within Seconds her body relaxed from the tight fetal position.

The first dropper full of Cayenne had barely had time to absorb into her mouth before her skin color returned.   Dropperful number two had just emptied into her mouth when her eyes opened.  She moved herself from the bed to her chair where she consumed her normal ½ ounce of cayenne extract followed by a swallow or two of cool water.

She appeared oriented and alert.  What would she like to do? We asked.  She wanted to go to the emergency room.  So we packed her up in the car and headed for the hospital.  She continued to talk freely during the 20 minute trip to the hospital.  Once there the doctor determined she had stroked over her speech center.  They admitted her for observation.  The doctor was not impressed with the use of Cayenne and refused to allow her any further dosing of the cayenne.

The next day we arrived during visiting hours to find her unable to form language.  She was alert and had things she would have liked to say but could not form the words to speak.  She grabbed several time at my purse where she knew I kept a bottle of Cayenne.  Since she had been hooked up to a heart monitor it was not possible for me to let her have the extract.  The doctor had been very stern that I was not to interfere with any of my herbals. 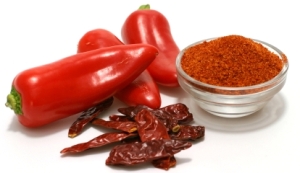 They released her after 5 or 6 days with aftercare appointments for speech therapy. She had been unable to speak since the morning after she arrived at the hospital, nearly a week.

My daughter and I helped her into the back seat of the car, out of the sight of the nurses and doctors, before pulling the bottle of Cayenne from my purse.  She reached out for her dose as I handed it into the back seat.  She tossed the cayenne to the back of her mouth, followed by a few sips of water.  Within seconds her speech returned perfectly clear.  Her first words, “What is wrong with those crazy doctors?” She had no speech issues the rest of her life.  She passed in 2003 after a fall in her residence.

Dara D Dietz is co-founder with her Husband of H.E.A.L. Marketplace, a private Natural Healing Association. As a teacher and counselor she has been supporting the members of H.E.A.L. with Natural Healing information and herbal supports since 1998. She continues to maintain strong ties to the Seventh-day Adventist Church. Since healing her own kidney ailments she has assisted thousands of people in discovering and using natural herbal remedies. Dara has written and compiled numerous articles on a wide variety of natural healing topics. Drawing from her own healing experiences and borrowing from the vast wisdom of natural healers long departed, she continues to provide H.E.A.L.’s international membership with down to earth natural healing wisdom in H.E.A.L.’s bi-weekly newsletters. Dara and her husband currently reside in Rutherfordton, North Carolina.
View all posts by Dara Dietz →
This entry was posted in Emotional Healing, Herbal Healing, My Opinion. Bookmark the permalink.
Loading Comments...
Comment
×
%d bloggers like this: