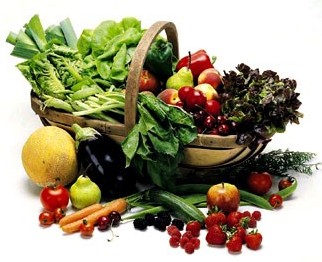 Natural food should be eaten in moderation and in simplicity.

The fruits are especially good for cleansing the system after your night’s fast during sleep and it will satisfy the need and craving for sweetness.

The green herbs of the garden, used fresh and tender in salads and chewed well, will build strength and vitality into the body tissues.

The bulbs, roots, and starches in grains will provide fire and heat for the body, but these should be eaten only as needed for the more strenuous physical labors.

The sprouted seeds are nourishing tonics to restore the body constitution and in resisting ill health.

The nuts of the trees will provide the nutrient “meat” (protein) for man and will season other foods.

The culinary herbs will provide variety, flavor, and seasoning as nutritional agents.

In the whole of your daily activities, you must achieve a varied and harmoniously-blended 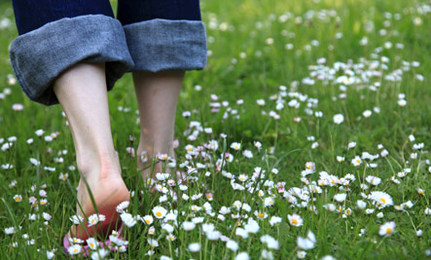 More people have died of MALNUTRITION, SUFFOCATION, and CONSTIPATION than from all the wars, automobile accidents, earthquakes and fires to date. Yet, you seldom hear of it, and the poor, suffocating and victimized ORGAN that gives out is generally given the official blame.

When we speak of constipation, we usually think of only the lower bowel area, but this is only a small part of it.

The entire body is composed of flexible systems of tubing, much like that of the intestines. It is of varied sizes, some of which are even smaller than a hair.

The Great Planner equipped the body structure with these rubber-like pipes of all kinds and sizes, from the largest intestine (which can expand to a terrific size) down to the arteries, veins, and minute capillaries; and though the capillaries are smaller than hairs, they are perfectly constructed and pliable; but when they are not properly provided and cared for, they age like an old rubber hose and eventually break at the weak spots.

This is the case in varicosity, as the taut life-line gets clogged up like lime inside the household plumbing. At times the mucoid matter forms a hard lining in the bowel so that the peristaltic action ceases, and this solid shield inhibits peristaltic action upon the feces materials.

We have seen this mucous lining taken from patients that appeared like hard, black plastic, shaped to the curvature of the colon walls. And, as you progress in this program, do not be surprised to see some of these linings coming from your body also.

Usually a person takes little notice of constipation and, instead of getting at the real cause, just starts using laxatives, enemas, bulk and volume remedies to break a passage through for temporary relief.

When constipation goes throughout the entire body, and when it becomes extra bad and congested in one area, the discomfiture will grow until a peak of pain is reached, and this is really the nature of what we term “disease.”

Do not allow yourself to become confused with thousands of seemingly-sophisticated medicinal terms; just remember that there is only one disease, and that is systemal constipation.

This mucus constipation will back up not only in the arterial structure, but also into the cells and tissues; and it can become so severe that it will eventually bring the entire system to a standstill.

Where does all of this mucus, sludge, and waste come from? It is from those things that we eat with our eyes and taste-buds, from what we put into the body and incorrectly call “food”.

To make the change from an imperfect, mucus-filled body to one of health, the taste buds will be a big factor with many, while with others, it will be fear.

We have heard persons say, “Why, I enjoy the type of food I am used to, and I would rather risk ill health than change.” Well, at that moment, they have made the choice of living to eat, instead of eating to live.

The average individual has grown up on the “great American diet” of meat, potatoes, and gravy, and is naturally prone to panic at the very thought of missing a meal–let alone fasting a few days, and he is deathly afraid that he will starve to death.

The truth is that very few persons ever starve to death, but die first from fear and panic. There are persons who have gone over a hundred days without food and over two weeks without water and lived, so missing a few meals will be most beneficial in a positive approach.

Anything that is worthwhile cannot be had without some sacrifice, and though abstinence from food or from indulgence in over-eating may seem like a sacrifice and a burden, the supposed “sacrifice” will be realized as a blessing instead after the goal has been reached.

Dara D Dietz is co-founder with her Husband of H.E.A.L. Marketplace, a private Natural Healing Association. As a teacher and counselor she has been supporting the members of H.E.A.L. with Natural Healing information and herbal supports since 1998. She continues to maintain strong ties to the Seventh-day Adventist Church. Since healing her own kidney ailments she has assisted thousands of people in discovering and using natural herbal remedies. Dara has written and compiled numerous articles on a wide variety of natural healing topics. Drawing from her own healing experiences and borrowing from the vast wisdom of natural healers long departed, she continues to provide H.E.A.L.’s international membership with down to earth natural healing wisdom in H.E.A.L.’s bi-weekly newsletters. Dara and her husband currently reside in Rutherfordton, North Carolina.
View all posts by Dara Dietz →
This entry was posted in Herbal Healing, My Opinion. Bookmark the permalink.
Loading Comments...
%d bloggers like this: